In late February, six Seabrookers (Jack and Donna Miller, Ted and Janet Fine, Jerry and Diana Cohen) toured across Patagonia, Chile for two weeks, from Puerto Veras in the North to Punta Arenas in the South. We thought the Seabrook Island Birders might be interested in seeing pictures of some species we observed which are not seen in North America. The best birding took place on an excursion to the island of Chiloe, in the Pacific Ocean, and in and around Torres del Paine National Park in the South. 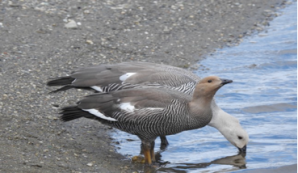 This picture of the Upland or Magellan Goose was taken by our tour guide, Laura Pomilio.

My favorites were the Imperial Cormorants, also called Imperial Shags, on the beach in Punta Arenas (see photos below). They look and waddle like miniature penguins, grouped in large colonies on the beach, but are much larger and more active than the cormorants we see on Seabrook. Some of their colonies can be quite large, as seen on the pier below.

These Black-Necked Swans were photographed by Janet Fine on the island of Chiloe, but we also saw quite a few of them on the southern part of Patagonia around Puerto Natales. They are the largest waterfowl in South America, averaging 8-15 lbs.

This Black-faced Ibis was taken by Diana on a sheep ranch near Punta Arenas. They reside in flocks in the grasslands of the sheep ranch we visited.

We had an opportunity to take a small boat on the Island of Chiloe to observe both Humboldt and Magellan Penguins sunning and feeding on the rocks on the islands. These rock islands are the only place where both Humboldt and Magellan Penguins cohabit-ate, which is a big deal considering that Humboldt Penguins are endangered.  An interesting aside is that the penguins actually roost in the hills above the rocks, and then waddle down paths to the rocks to fish and sun. We caught glimpses of them coming down from the hills, but photos were a challenge, as we were on a small boat rocking around in the waves. Here are some photos which Diana took. Notice how well the penguins blend into the rocks – great camouflage! 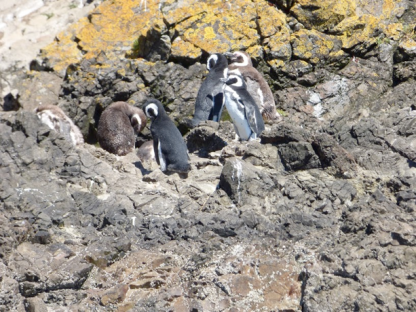 There were several species of water birds on Chiloe, including these below. How about some help from all you birders out there to identify them? 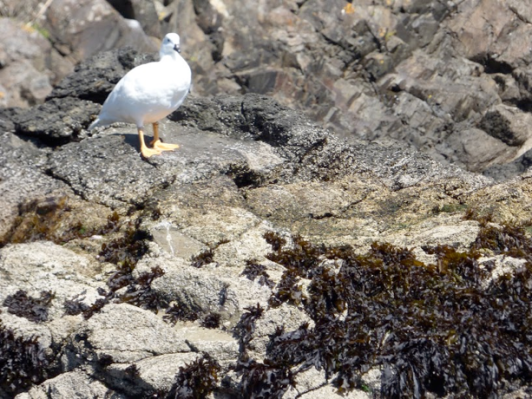 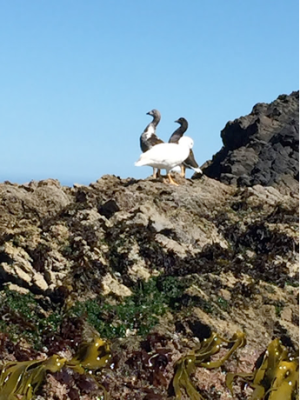 If you have taken a trip and enjoyed doing a bit of bird watching, please send us an email as we’d love to share your story and photos!  Thanks!

One thought on “Travel: Birds of Chilean Patagonia”