Last week SIB held two fabulous birding activities on Seabrook Island.  One included a walk for several hours and the second was on the marsh near the crab dock and boat launch.  If you are interested to join one of our birding activities, please be sure to check out our website for future events.

Last Thursday, November 10 was a beautiful morning to take a walk and bird!  Thank you to the five SIB members (especially David Gardner) for joining the walk.  We all would agree it was great fun!  During three hours and two miles of walking, we saw a total of 45 species.  At the Lake House and Palmetto Lake, we enjoyed many wading birds like Herons & Egrets, Anhinga and Pied-billed Grebes.  In the woods near the lake including the SINHG nature trail we observed several species of warbler, Ruby-crowned Kinglets and a Coopers Hawk.  Then on to the SIPOA/Club Maintenance area and peaking into the Water Treatment pond we counted as many as 29 Hooded Mergansers, 14 White Ibis and as many as 50 Tree Swallows.  Finally we walked through the Equestrian Center and found a number of sparrows including White-throated, Song and Swamp.   Below are the consolidated three bird lists.  You’ll see with the diversity of habitat we ventured through we found a diversity of birds!

A big thank-you goes out to Melanie and Rob Jerome for once again hosting us for an enjoyable birding at the crab dock and marsh tower along with their back deck on Saturday November 12th for our second SIB activity of the week.  Seven members enjoyed a morning that started with a little nip in the air but rapidly became warmer.  The Clapper Rail was heard several times but only one brief glimpse was seen as it flew from one part of the marsh to the other.  The morning focus seemed to be on Tricolor Herons as they continually were flying from one portion of the marsh to another.  Several were seen at various areas of the marsh at one time, hence the final count.  In total, 24 species were seen plus some warblers we couldn’t identify quick enough (palm versus yellow rump) and gulls that were too far away.  See below for the complete list of species. 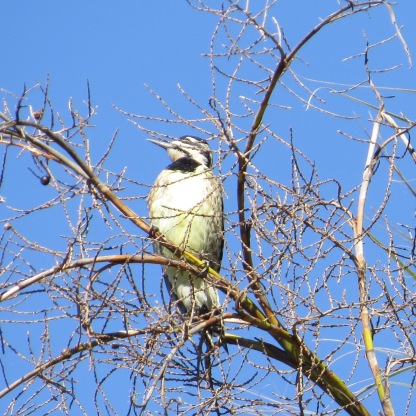 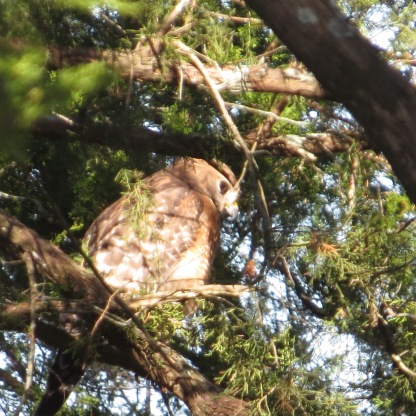