On Saturday March 16, six SIB members met at sunrise (7:30am) to Bike the West Ashley Greenway! We spent less than an hour on our bikes while we traveled four miles in just three hours!  Our primary goal was not exercise but rather to enjoy the cool spring morning and observe and listen to the birds!  We saw or heard 52 species on our one-way trip before the group split with four returning to be sure to be on-time for the Chili Competition and the remaining two traveling another two miles down the path before returning.

On Monday March 18, 25 SIB members met to take the golf carts out on Crooked Oaks in search of birds.  With such a large number of participants, we split the group in half sending one group starting at hole 1 for a three-hour trip along all 18 holes, and the remaining starting on hole 18 for a two-hour tour and visiting only 9 holes.

One group recorded 43 Species and highlights included a pair of Red-tailed Hawks mating and a Yellow-throated Warbler possibly nesting.  For the other group, there were a total of 41 species with highlights including viewing both the Blue-headed Vireo and the Northern Parula. In total, 50 unique species were seen during the day. Both groups enjoyed a variety of birds at the feeders of Lesley & Tony Gore near the green of Hole 17.  (Click on the links above to see the detailed list of bird species seen by each group.)

Following the event, one of our SIB members wrote, “What a fabulous day yesterday! Probably one of the best I’ve participated in. The collection of ears and eyes coupled with collective knowledge made for a great learning experience. Love my SI Birders!”

We hope to see you on one of our future bird walks or our next evening program scheduled for Wednesday March 27th. 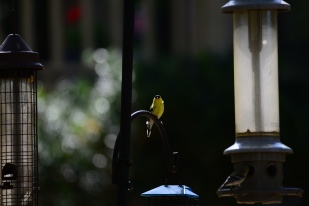 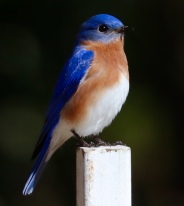