On Thursday, April 6th, SIB was once again able to take advantage of the expertise of David Gardner and the Seabrook Island gem of Camp St. Christopher to conduct a morning birding walk.  Eight people braved the gale force winds in the hopes of capturing glimpses of the arriving warblers and other song birds of spring.  The howling winds caused leaf movements in the tree tops making sightings of bird movements a challenge.  Birding by sound became the primary way to capture that first identification of the birds by several in the group.  Following the sound also led to sightings of numerous birds.  In all, thirty-five species were identified.

We started the walk at the feeders where a good view was seen of Northern Cardinals and the intrusive Brown-Headed Cowbird.  We were hoping for our first Painted Bunting of the season at the feeder but alas, it didn’t show until the next day. 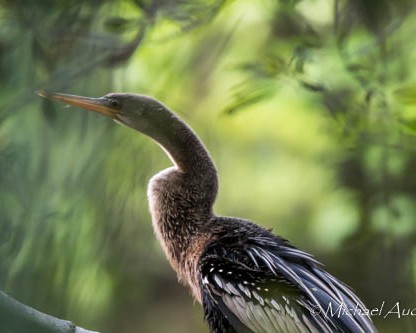 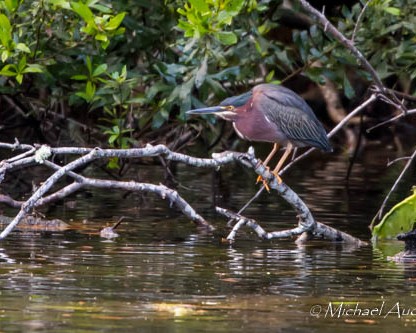 From the feeder we went around the lakes where an Anhinga was seen perched in a bush with a Green Heron fishing across the lake. We then proceeded along the Hidden Oaks Nature Trail listening to Carolina Chickadees and a Pine Warbler.

As we went into the woods of St. Christopher and on to the slough, we saw Great Egret and caught a glimpse of the Yellow-throated Warbler.

As we followed the return path, a Hermit Thrush hopped up to a branch so we could get a good view.

As we finished out walk and were reviewing our eBird list again at the feeders, an Osprey flew over to be sure he was added to our counts.  We all concluded it was a good day despite the wind. Thanks to everyone who came out to enjoy what we love about Seabrook Island!  As with many of our wintering bird species, six of the eight participants will soon migrate to their summer homes in the north.

The complete list of birds sited is shown below.