Comments: Sometimes you just get a magical morning birding at North Beach! Ed and I went out before sunrise, and started our checklist in the parking lot at 6:38 on a cloudless morning. High tide had been at about 6:15, so we had the benefit of a falling tide, with birds pushed up close to shore. This is our favorite tide to bird on.

Our first surprise was 53 American Oystercatcher down past the “No dogs allowed” sign. This is one of the biggest groups we have had on Seabrook, and Ed shot pictures with the rising sun in the background. The oystercatchers flew to the Kiawah side where they joined up with more oystercatchers for a grand total of 83!!! Wow! On the Beachwalker side we could also see numerous Forster’s Terns, Red Knots, gulls, Dunlin, and one Great Black-backed Gull in our scope. 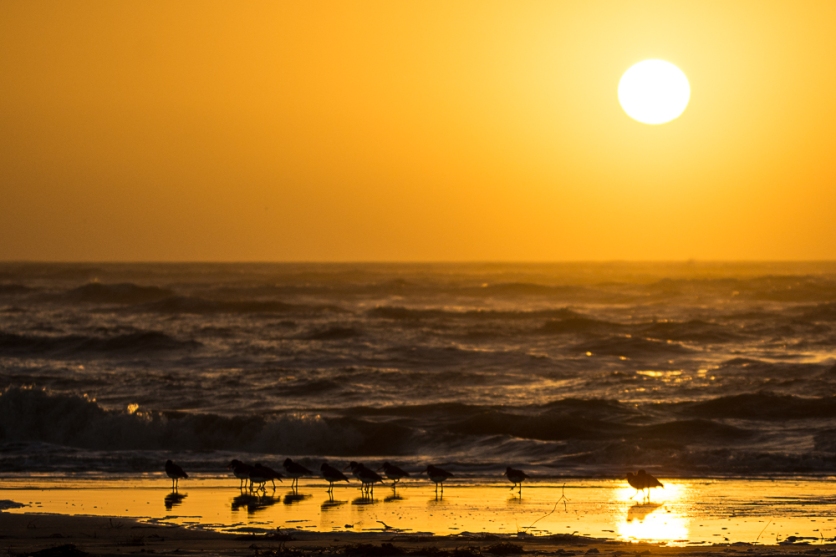 As we continued down the beach we found a beautiful Merlin perched on the dead bush that has washed up on our beach. He’s our middle-sized falcon, between the American Kestrel and Peregrine Falcon. A real treat to see him on our beach, and he posed for great pictures in the early morning light. Soon after we found 5 Marbled Godwits on the inlet, along with 12 Black-bellied Plovers and an assortment of Short-billed Dowitchers, Dunlin, Ruddy Turnstones, and a few Red Knots. The usual contingent of Buffleheads, Lesser Scaup and Red-breasted Mergansers bobbed in the inlet. 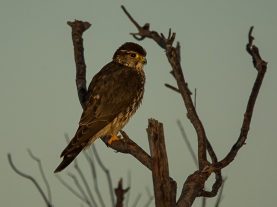 Soon the Red Knots on Beachwalker began to fly to Seabrook, and we reached a grand total of almost 300! We photographed a few with flags and also one with a transmitter to track it’s journey. It is so exciting to see the knots gracing us with their presence already. 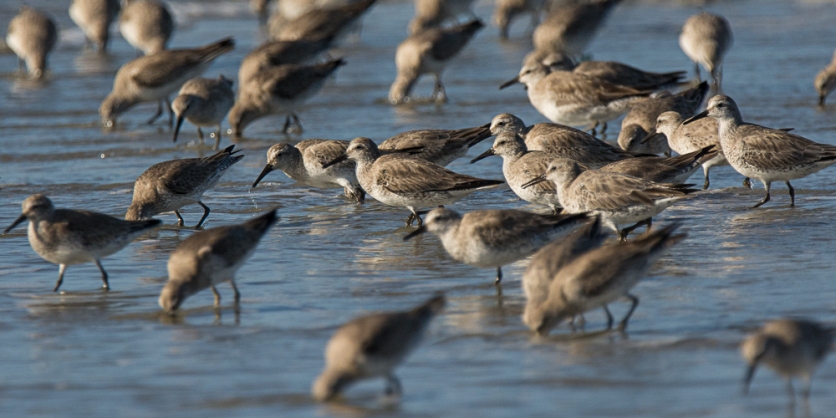 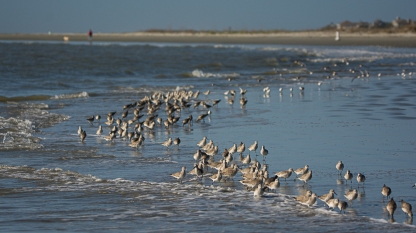 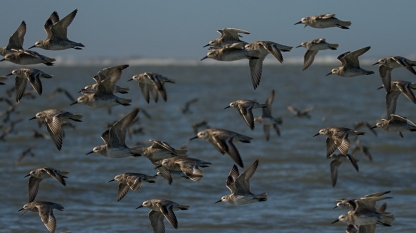 The Red Knots migrate over 9,000 miles, one of the longest migrations for any bird, from the tip of southern South American to the Arctic tundra to breed. We are an important stop along the way for them to feed. Their numbers will build to several thousand on our beach, during March and April, truly a spectacular sight! If you see them, respect their space and walk around them. 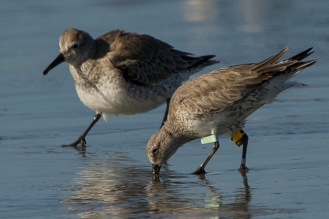 A great morning on out beautiful island.