While the American Redstart is a wood-warbler and part of the Parulidae Family, it is the only warbler species in the Setophage Genus.  David Sibley, in his Field Guide to Birds index, does not list it among the warblers, but alone under Redstart.  They do migrate, in treed habitats, along the SC coast line.  My only sightings have been in New York and Massachusetts.  This is a very colorful, mid-size warbler with what The Cornell Lab of Ornithology calls “a fairly long, expressive tail.”

An adult male could be described as a Halloween bird.  It has a black head and back with splashes of orange on the wing tops, along the sides under the wings, and, in a unique pattern, on the tail.  The colors are similar to the Baltimore Oriole, but in a very different pattern of orange on a bird that is 3.5 inches longer than the redstart and weighs 1.2 ounces.  An adult female American Redstart has a gray head and the color splashes are more yellow.   The larger Blackburnian Warbler also displays orange, but only on the throat.

Typically, warbler behavior is to always be on the move.  This makes it difficult to differentiate among those of similar coloration.  The flashier redstart is incredibly active as it darts about, colorful tail fanned. to flush insects from their hiding places.  The insects are then chased in short flights and plucked from the air.  Their winter habitat (Central America, Cuba, and the northern countries of South America) is tropical and at lower to middle elevations of woodlands.  In migration, they tend to stay within protected treed areas as opposed to the open coastal plain.  The breeding habitat, which extends from inland South Carolina to Canada, would normally be somewhat open wooded areas of primarily deciduous trees.

The Seabrook Island chart of bird species shows the American Redstart as an occasional visitor.  Our live oaks would seem to fit their habitat preference.  Local experience indicates there’s a better chance of observing them from late August through October (fall migration).  One was recently seen in the Equestrian area, one on hole 10 of Ocean Winds Golf Course and several were seen by the groups birding with David Gardner at St. Christopher. 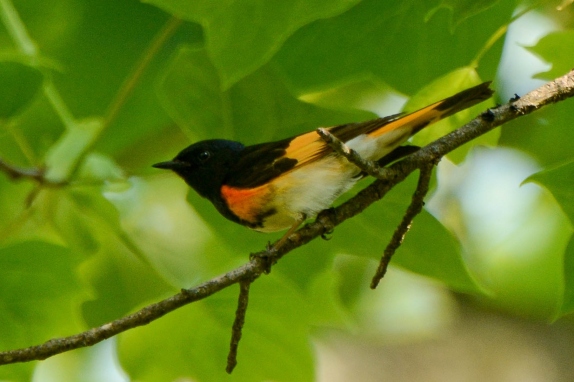 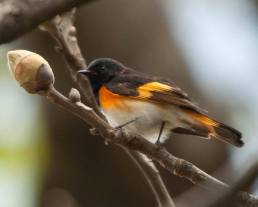 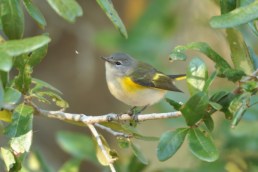 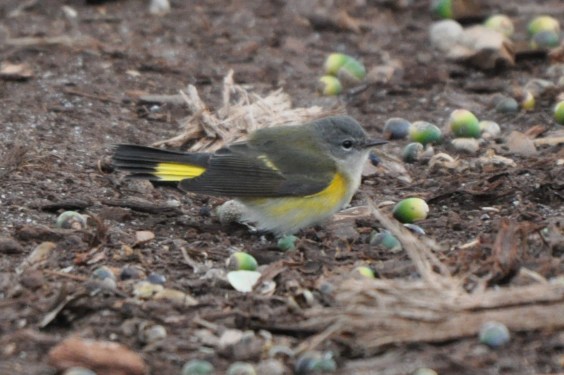