You may not be aware that hidden in dense cover in our salt marshes lurk a bird called Clapper Rail.  This slinking, secretive bird is a year-round resident on our island and often we only hear the loud clattering call as our clue that a Clapper Rail is even around.  Because they also rarely fly you are very lucky if you get a quick glimpse of one stalking mud dwelling prey along the edge of the marsh.

Are you familiar with the saying “thin as a rail”?  Well, this saying is attributed to the Rail’s lean body and the fact that this stealth bird has the ability to compress its body to such a degree that it can easily squeeze between stems of grass and plants almost melting into the vegetation and and barely causing a ripple.  This tactic allows them to quickly disappear to escape their predators.  Clapper Rails are so effective at maintaining a low profile that their major nonhuman predators are pike, black bass, and other predatory fish which feed on their young.

The Clapper Rail has a chicken-like appearance, with long unwebbed gray toes, strong legs and long slightly decurved bill. When it walks it twitches its short upturned white patched tail.  It has grayish brown upper-parts with vertical white-barred flanks, grayish cheeks and white throat.  Its eye color is red to reddish orange.  This bird is locally known as the Marsh Hen, Salt Water Marsh Hen and Mud Chicken.  Males are slightly larger than females but similar in coloration.

These birds feed mainly on crustaceans, aquatic insects, grasshoppers, seeds, slugs and small fish. They search for food while walking and probing with their long bills in shallow water or mud.

Nests are well built cups of grasses and sedges lined with finer material.  The nests are usually built on the highest, driest place in the marsh. During courtship the male points his bill down and swings his head from side to side.  He also may stand erect with neck stretched and bill open.  Nesting season is from April to June.

The eggs, 5-12, are creamy white with irregular brown blotching. The incubation is 20-23 days and the new young are covered with black down and leave the nest within one day to be fed by the parents.  Young can fly in about 9-10 weeks.  Both parents feed and guard the young until they are independent.  Since these rails are very territorial during feeding and breeding they can be quite belligerent when defending their nests.

A group of Rails is collectively known as a “reel” of rails.

Keep an  ear out for Clapper Rails, as they live amongst us in the marshes all thoughout Seabrook Island. 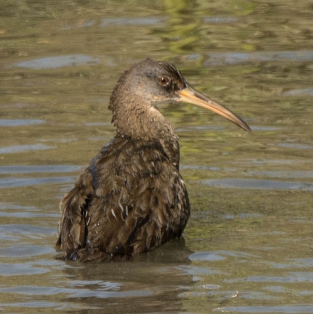 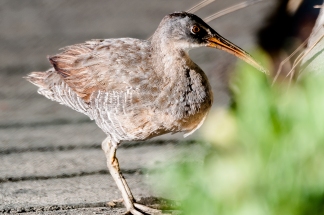 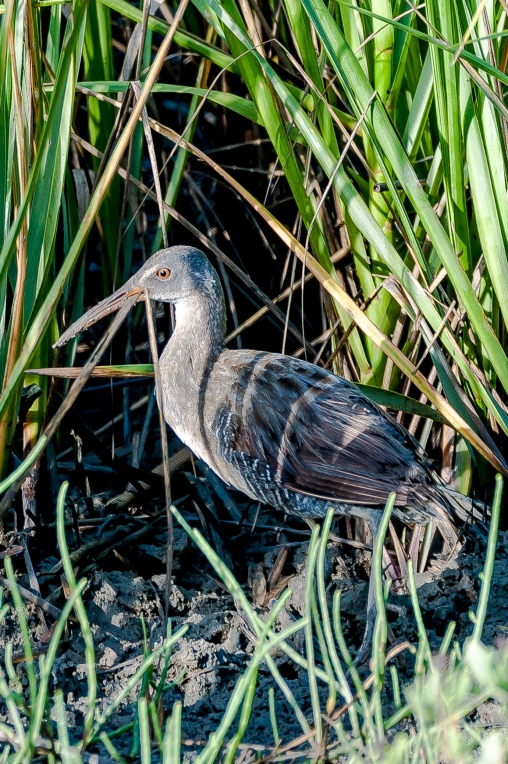 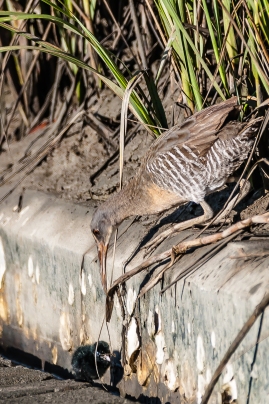 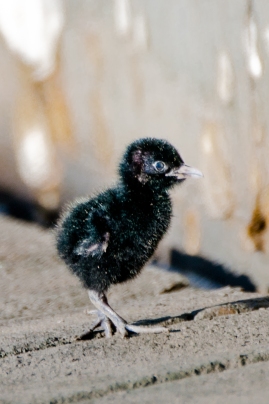