Could you identify the bird from Friday’s clue on the website? It’s not so easy. It’s a Little Blue Heron in what is called “first year” plumage.

When a Little Blue is immature (i.e., during the year in which it is born), it is totally white. Until a birder has mastered the characteristics of our local white egrets, it is easy to confuse the Little Blue with one of those waders. In its second spring, it begins to molt into its slate blue coloration, and, during that change, it appears mottled as the picture shows. By the end of the summer, it will have its more typical warm purplish-brown head and neck and otherwise dark gray-blue body. The two characteristics that it does maintain are its bluish green legs and black-tipped bluish bill.

The Little Blue Heron is common on Seabrook. It inhabits both fresh water ponds and salt or brackish water wetlands. It’s not unusual to find one standing among the reeds on the edge of Palmetto Lake searching for a meal. It can also be found on a dock, staring intently at the marsh below. As an adult, it tends to be solitary as it forages for small fish, crustaceans, frogs and aquatic insects. It stands quite still often with its bill pointed downward waiting patiently for its prey. For this reason, they can be difficult to spot.

In contrast, the pure white immature Little Blue Herons are often found feeding with groups of egrets and other herons which probably protects them somewhat. Eight were counted simultaneously on a Seabrook dock and in the nearby marsh this spring. When observed with such a group, their slow-moving behavior distinguishes them from the more active egrets even though they are very similar in size to the Snowy Egret.

Little Blue Herons are gregarious breeders, nesting in bushes over or near water. During the spring and early summer, they are part of the flocks on Jenkins Point along with the ibises and egrets there. In its write-up on this species, Cornell Lab of Ornithology states, “A courting male points his bill straight upward, suddenly extending and retracting his neck. Little Blue Herons of both sexes, when courting, may occasionally grasp, pull, and shake branches while simultaneously erecting the feathers along their head, neck, and back…. Little Blue Herons and neighboring colonial birds have a pronounced impact on their nesting habitat—stunting the growth of vegetation by harvesting nest material and sometimes killing trees outright by the accumulation of guano.”  This is true on Jenkins Point.

Here are more pictures of Little Blue Herons in their full immature and adult plumages. 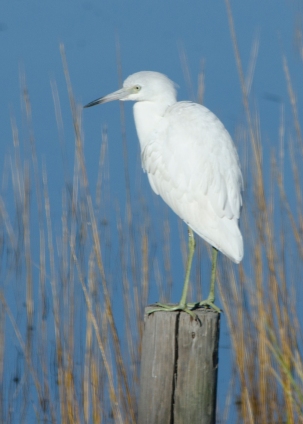 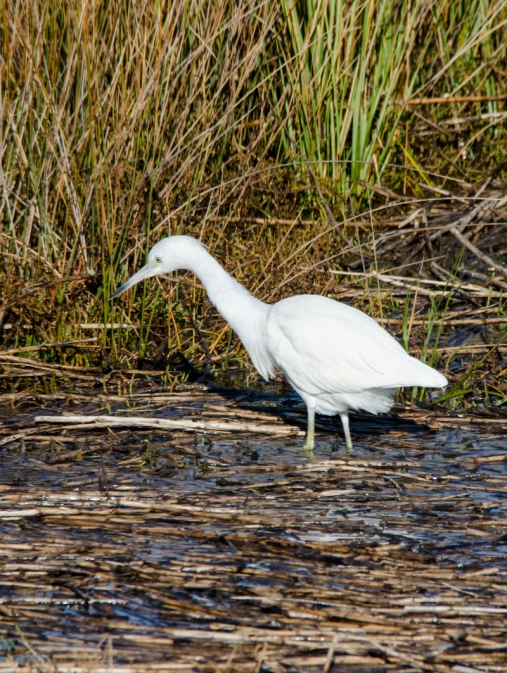 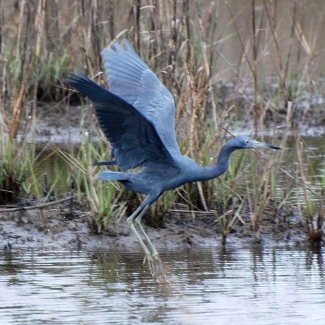 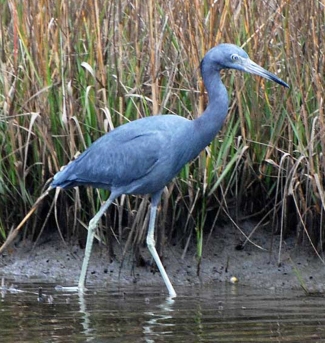 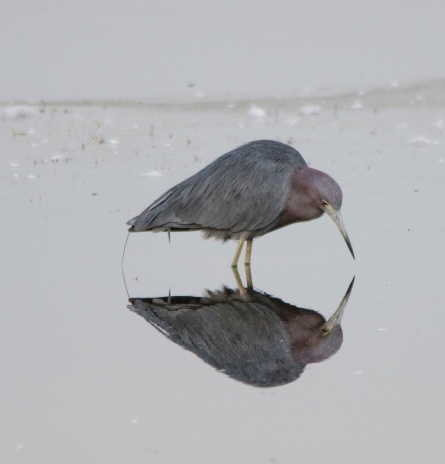 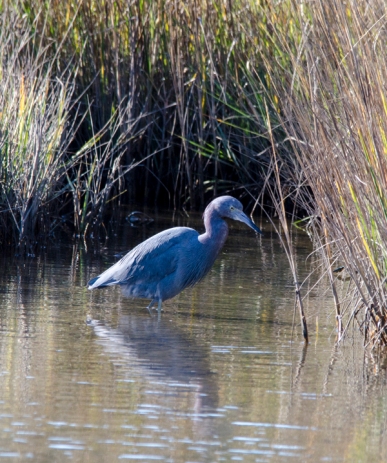 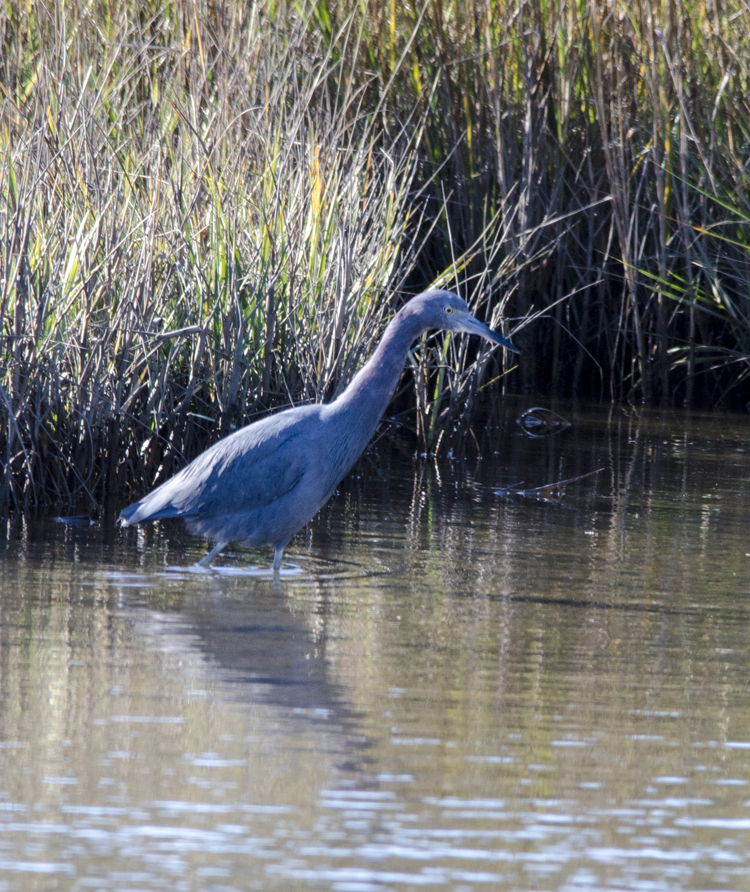 One thought on “SIB “Bird of the Week” – Little Blue Heron”